The Thalassaemias are a heterogeneous group of disorders with a genetically determined reduction in the rate of synthesis of one or more types of normal heamoglobin polypeptide chain. This results in a decrease in the amount of the haemoglobin involving the affected chain. In some forms of thalassaemia, the genetic mutation results in the synthesis of a structurally abnormal haemoglobin which is produced at a reduced rate.

Thalassaemias was originally described in Italians, Greeks, Spaniards and other peoples of Mediterranean origin. However, it is now realized that it is a common disorder with a widespread geographical distribution. It also occurs in the Middle East, India, South-east Asia, and in Blacks. Persons of Mediterranean origin in non-European countries may be affected. No population group is completely free from the condition, and it is now occasionally identified in persons of northern European origin.

What is Thalassemia Minor?

If you, your parents, or ancestors are from ‘Thalassemia regions’ (identified in What is Thal), request a test from your doctor. It is vitally important to identify yourself as a possible carrier of Thalassemia minor. Possessing the Thalassemia minor trait gives you a 25%, (1 in 4) chance of having a baby with Thalassemia major, providing that both parents of the child are both carriers of the disorder. Increased awareness is the key to prevention.

What is Thalassemia Intermedia

What is Thalassemia Major

The only treatments that are provided to patients are regular transfusions of red blood cells. Thalassemia major patients require transfusions of red blood cells, every 4 to 6 weeks depending on the individualï¿½s consumption of the infused cells. The complication that results from constant blood transfusions is iron overload, also known as secondary hemochromatosis. Once iron is stored in the organs, it will eventually lead to organ failure and will lead to death.

Iron is a component of hemoglobin, essential to the body, but once red blood cells break down the excess iron cannot be removed, resulting in the absorption of too much iron in the body. It is necessary that this excess iron be removed because it stores in the vital organs of the body, such as the heart and liver. Fortunately, a drug called Desferrioxamine (Desferal) is designed to remove the excess iron from the thalassemic patient.

Although, Desferal has significantly changed the prognosis of patients with Thalassemia major, many of the patients find the nightly 10-12 hour infusions of Desferal tedious, have difficulty with compliance, and find the pump-injected medication painful. Currently, this is the only treatment available to Thalassemia patients, a cure needs to be found. 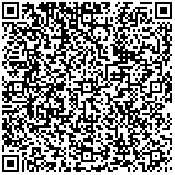